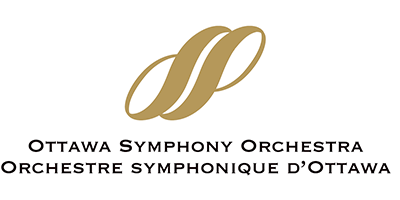 The Ottawa Symphony Orchestra (OSO) is an integral part of the National Capital Region’s vibrant classical music community. The present OSO was founded in 1965; however, the Orchestra has a lineage dating back over 115 years. It is the only full-size symphony orchestra in the National Capital Region able to present major works of the late-19th and 20th centuries. Concert programs reflect the orchestra’s commitment to the promotion of Canadian talent through continuing employment of local and regional musicians, the engagement of Canadian soloists, and regular inclusion of Canadian works. Artistic partnerships include performances with other music organizations such as the Ottawa Youth Orchestra, the Ottawa Choral Society, and the University of Ottawa’s School of Music.

The OSO presents a series of four concerts each season in Southam Hall at the National Arts Centre under Artistic Advisor and Principal Guest Conductor Alain Trudel. In recent years the orchestra has attained new levels of artistic excellence, and has experienced growth in its audiences. 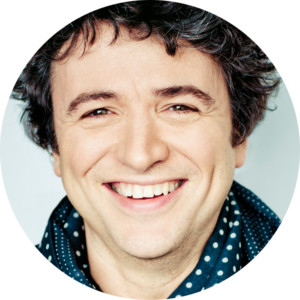 Praised by La Presse for his “immense talent as conductor, musician, and performer”, Canadian conductor Alain Trudel is Music Director of Orchestre symphonique de Laval and Principal Youth and Family Conductor of the National Arts Centre Orchestra. He is also Principal Guest Conductor of the Ottawa Symphony Orchestra.

As a composer, Trudel has been commissioned by the CBC, the National Arts Centre Orchestra, the Toronto Symphony Orchestra, and Bellows and Brass, among others. His works have been performed by orchestras in Atlanta, Quebec, Toronto, Ottawa, Montreal, Kuala Lumpur, and Buffalo.

Alain Trudel is the recipient of numerous awards, among them the Virginia Parker, le Grand prix du disque de l’Académie Charles-Cros (France), and the Heinz Unger Prize for conducting.

An orchestral pulsation (a groove) emanates from this introduction, becoming the canvas on which a particular rendition of the first stanza of the anthem “O Canada” (based on melodic and harmonic modes of limited transposition) is stated by the French horns.

A central section—representing diverse elements of the Canadian landscape (big skies, strength of the elements) featuring the woodwinds of the orchestra—is followed by a return of the modulated anthem, but this time treated as a canon fanfare by the entire brass section leading into a flamboyant orchestral coda.

Birth is a modest tribute to the people, of all cultures and origins, who make up this great country in which we all have the privilege of living.