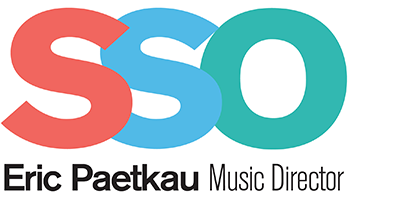 The Saskatoon Symphony Orchestra is celebrating its 86th season and its second with Maestro Eric Paetkau. In recent years, the orchestra has been performing exciting diverse programs that reflect the cultural background and future of the community. The SSO’s audience cheers loudest for new Canadian music and for a third season in a row, we are proud to present a line up of all-Canadian guest artists. Each year our audience gets younger and bigger and expands well beyond our city, bringing music to central and northern Saskatchewan. 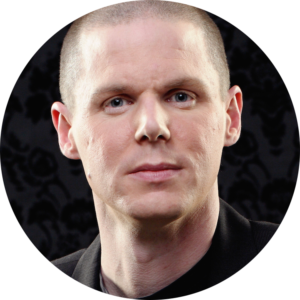 Derek Charke is a JUNO and three-time East Coast Music Association Award–winning composer and flutist. He has been commissioned by the Toronto Symphony Orchestra, Winnipeg Symphony Orchestra, Symphony Nova Scotia, the Kronos Quartet, and the St. Lawrence String Quartet, as well as an impressive list of other performers and organizations. Derek is a professor of composition at Acadia University, co-directs the Acadia New Music Society, and continues to perform regularly on the flute. Although his music tends to defy categorization, it has been described as post-modern and post-minimal, inventive, richly textured, full of colour, and imbued with drama and rhythmic vitality.

Recent works include Drift for the remarkable piano duo Duo Turgeon, a work that muses on lake-effect snow and an abstract concept of drift. Tangled in Plastic Currents, commissioned for cellist Jeffrey Zeigler, deals with the plastic clogging our oceans. Earth Airs, his second symphony, muses on the infinite nature of air. After Chaos, the Earth and Love came into being, commissioned by Harvey and Louise Glatt, takes its inspiration from Plato and Hesiod and their philosophies on the creation of the universe.

Derek has also written many pieces for flute, including two chamber concertos and a popular series of flute ensemble works.

Élan is a short energetic fanfare composed in a post-minimalist style. The term “élan” means “with a vigorous spirit or enthusiasm”, and originates from the French, meaning “to rush” and “to launch”. Keeping in character, the work essentially launches us into a fast rush to the finish line.