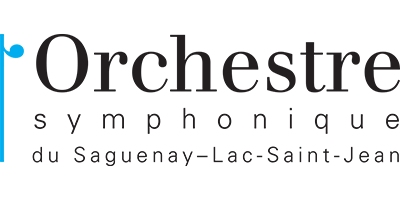 The Orchestre symphonique du Saguenay–Lac-Saint-Jean (OSSLSJ) comprises 30 regular professional musicians and some 20 supernumerary musicians—also professionals. The OSSLSJ produces and broadcasts concerts in various regional venues, covering an area of 350 kilometres. It oversees three ensembles: the Quatuor Alcan, the Choeur symphonique, and the Orchestre des jeunes. Founded in 1989, the Quatuor Alcan brings together four musicians-in-residence, namely, the orchestra’s four principal chairs. By giving its members an opportunity to make a living from their art within the Alcan Quartet, the OSSLSJ helps promote its professional artists throughout the world.

Founded in 1994 and dedicated to the symphonic and lyrical repertory, the Choeur symphonique enables the OSSLSJ to include concerts with choir in its programming, and to bring this art form to the public. The Orchestre des jeunes, established in 1988, is now an independent organization managed by the OSSLSJ under a service agreement, in close collaboration with the Conservatoire de musique de Saguenay. It supports upcoming musicians at the intermediate level through training and working with professionals. The OSSLSJ sponsors this ensemble and oversees its activities. 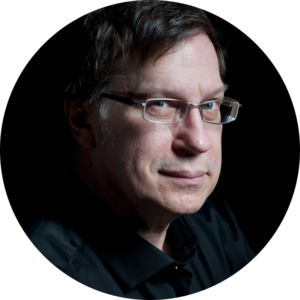 Louis Babin’s work has been acclaimed in Canada and abroad. His 2015 album features his symphonic piece Saint Exupery : of Heart, of Sand and of Soul, an hommage to Antoine de Saint-Exupéry, the publication of which was supported by the Antoine de Saint-Exupéry Youth Foundation. The album received outstanding reviews: “particularly elegant and full of tenderness” (Sonograma), “hauntingly beautiful” (Music & Vision), “…some fine music by a composer we should be hearing more from” (The WholeNote), and “creativity and colours that charm the listener immediately” (La Scena Musicale).

Louis Babin is known for his modern, playful, accessible, and cinematographic works. He received a special mention from the World Music Competition IBLA Grand Prize (Italy) and was a finalist in the Canadian Music Centre Composer Competition – Quebecor.

There are times—those privileged moments in life—when we get together again with family or friends we’ve lost touch with. These are moments that go down as milestones—these are major reunions (retrouvailles). Time and busy lives tend to scatter us to the four winds. But like a jellyfish that contracts to propel itself forward, we stop for a few precious moments to celebrate life and each other’s successes, and then spring forward into the future. That special time is a joyful gathering where kind-hearted men and women are invited to share their dreams and their ambitions.

Retrouvailles invites us all to the celebration to share our dreams and stories. No matter where we come from or what we believe in, when we accept our differences and pool our talents, we grow together and look forward to all our reunions with great anticipation.