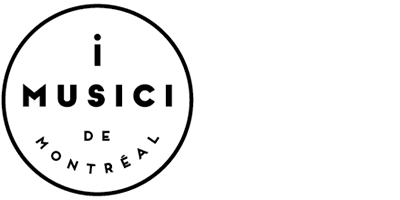 Founded in 1983 by the late Yuli Turovsky, the Orchestre de chambre I Musici de Montréal is made up of 15 musicians whose repertoire varies from Baroque to contemporary. The orchestra’s Artistic Director, Jean-Marie Zeitouni, is known for his expressive and compelling style. I Musici’s uniqueness stems from the great passion that drives its exceptionally talented musicians. The ensemble places special emphasis on emerging Canadian artists and collaborates with renowned artists from Canada and abroad, while creating partnerships and synergies with other musical groups. 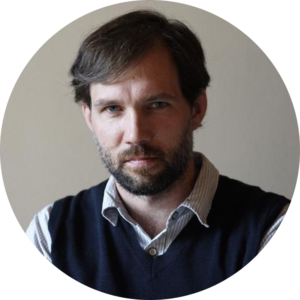 Julien Bilodeau is one of the most prominent composers of his generation. He obtained two master degrees with great distinction from the Montreal Conservatory of Music, then continued his studies in Paris (IRCAM, CCMIX) and Frankfurt (Ensemble Modern Akademie). In 2006, the Canada Council for the Arts awarded him the Robert Flemming Prize, awarded to the most promising young composer. His works, whose styles and aesthetics are very diverse, have been played throughout the world by leading ensembles including Orchestre symphonique de Montréal (OSM) , Ensemble Modern, I Musici, Orchestra of the Americas of New York, Metropolitan Orchestra, and Nouvel Ensemble Moderne.

In 2011, Maestro Kent Nagano commissioned Un cri élève nos chants, a work premièred by the OSM  during the opening night of the Maison symphonique of Montreal. As a grant recipient from the Canada Council for the Arts, the Conseil des arts et des lettres du Québec, and the Québec Research Fund for Society and Culture, Julien Bilodeau has also written original compositions, arrangements, and film music for  several other commissioners, including I Musici, Orchestre de la Francophonie, Trio Fibonacci, duo Poulin-Marchand, and Orchestre Lyrique de Montréal. He is currently composing his first opera; its  production, directed by Dominic Champagne, is scheduled for the 2016/17 season of Opéra de Montreal.

Played for more than 200 years from Quebec to Acadia to Louisiana, the Hangman’s Fantasy (or Hangman’s Reel) derives from a legend about a condemned man who improvised this reel while standing on the gallows. Challenged by his executioners to enchant them with a beautiful melody played on an out-of-tune violin, he played so artfully that he was pardoned.

The improvised character of this tune has inspired many to try their own version, including Joseph Allard, Isidore Soucy, Jean Carignan, and even rocker Plume Latraverse! Here, composer Julien Bilodeau offers a classic version for string ensemble, which, while retaining the structure and energy of the reel, enhances its polyphonic texture and develops some of its motives.