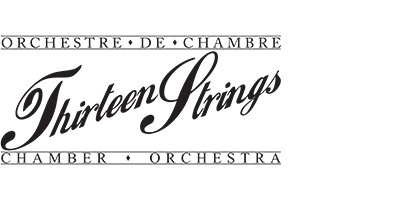 The orchestra’s repertoire is diverse, covering music from the Baroque era to the 21st century, and having commissioned 100 new works from Canadian composers. The orchestra’s core of thirteen string players is regularly supplemented by guest performers. From baritones to sopranos, marimba players to Klezmer specialists, guest artists have helped develop Thirteen Strings into one of the best-known and most eclectic chamber orchestras in Canada.

The Thirteen Strings Chamber Orchestra presents its own subscription concert series and has collaborated with many arts organizations in Ottawa. In December 2013, the annual Christmas Concert was filmed for television and broadcast to over 140 countries on EWTN. Many of its concerts have been broadcast across Canada on CBC Radio and Radio-Canada.

The orchestra’s education project, the Junior Thirteen Strings, brings together a pool of talented youngsters to work alongside the professional members of the Thirteen Strings Chamber Orchestra.

The Thirteen Strings Chamber Orchestra made its first recording on the Naxos label in June 2014, of Franz Beck’s six symphonies, Op. 2. 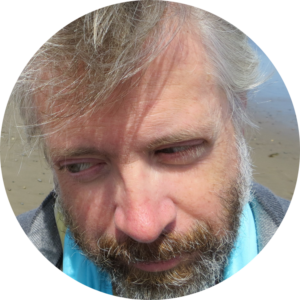 Andrew Ager has written five symphonies, four operas, concertos for organ and piano solo, and a large body of vocal and chamber music. Various of these works have been performed in Canada, the US, and Europe. His large choral/orchestral work The Unknown Soldier will be presented at the Canadian War Museum on April 9, 2017, as the finale to Vimy Week.

He is Composer-in-Residence to Ottawa’s Seventeen Voyces, who will be performing his work for choir and chamber orchestra, The Nightingale, in June 2017.

He is currently writing his sixth symphony.

The Talk of the Town

The Talk of the Town is a picture of the composer’s early teen years in Ottawa, much of the time spent wandering about suburban streets in the middle of the night, with long visits to coffee-shops, discussing all manner of things with his nocturnal buddies.