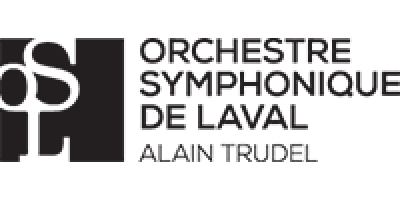 Founded in 1984, the Orchestre symphonique de Laval (OSL) is one of Laval’s main artistic organizations, with a roster of 53 professional musicians. For the last 30 years, the orchestra’s chief mandate has been to offer audiences symphonic music and a pleasurable listening experience in a friendly and inclusive atmosphere focused on closeness with the public. The Orchestre symphonique de Laval’s current Artistic Director, Alain Trudel, is among the most sought-after conductors in Canada.

Each year, the OSL presents six to eight symphonic concerts at Salle André-Mathieu. Since 2014, it has offered concerts with commentary in the afternoon, during dress rehearsals. The OSL places a priority on making classical music accessible to younger audiences by offering a full spectrum of activities, including school matinées, composition workshops, rehearsals in high schools, and concerts presented by young musicians.

In 2013, the Conseil Québécois de la musique handed the orchestra an Opus Award for Production of the Year (Young Audience), for Peter, Babar, and the Wolf. The OSL recently released a record, the first under the baton of conductor Alain Trudel: Respighi’s Il tramonto with soloist Isabel Bayrakdarian (Atma Classique label). 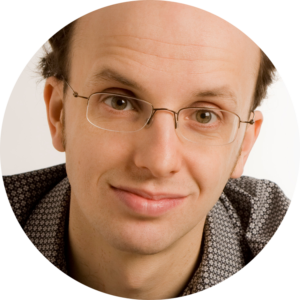 Nicolas Gilbert is professor of composition at the Conservatoire de musique de Montréal and Composer-in-Residence with the Orchestre symphonique de Laval.

“Towards a higher place or position.
At or to a higher level of intensity,
volume, or activity.
To the place where someone is.
Into the desired or a proper condition.
Into a happy mood.
Out of bed.
Against the current or the wind.
At bat.”

—From the Oxford English Dictionary