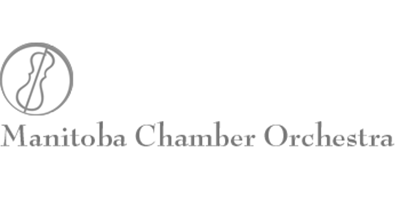 Established in 1972, the MCO presents nine concerts annually in Winnipeg, offering accessible, eclectic repertoire from the mega-hits of the common practice tradition to exciting premières. They execute an extensive program of touring, recording, and outreach.

They have toured North America, with a foray into Europe. A highlight was a spectacular concert with Isabel Bayrakdarian at Carnegie Hall in 2008, which garnered three curtain calls.

Their Fiddlers on the Loose ensemble travels to remote parts of Manitoba, working with and performing for children, youth, and families facing geographic and economic challenges.

Anne Manson was appointed Music Director in 2008, succeeding Roy Goodman in the post. 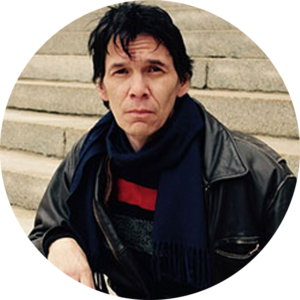 Of Cree descent, Andrew Balfour has written a body of more than 30 choral, instrumental and orchestral works, including Take the Indian, Empire Étrange: The Death of Louis Riel, Migiis: A Whiteshell Soundscape, Bawajigaywin, Gregorio’s Nightmare, Wa Wa Tey Wak (Northern Lights), Fantasia on a Poem by Rumi, Missa brevis, and Medieval Inuit. He has been commissioned by the Winnipeg, Regina, and Toronto symphony orchestras, Ensemble Caprice, the Winnipeg Singers, the Kingston Chamber Choir, and Camerata Nova, among many others. His works have been performed and/or broadcast locally, nationally and internationally.

Andrew is also the founder and Artistic Director of the innovative, 14-member vocal group Camerata Nova. Founded in 1996, Winnipeg-based Camerata Nova presents an annual concert series as well as special performances. With Camerata Nova, Andrew specializes in creating “concept concerts”—exploring a theme through an eclectic array of music, including new works, arrangements, and innovative inter-genre and interdisciplinary collaborations.

Andrew was Curator and Composer-in-Residence of the Winnipeg Symphony Orchestra’s Indigenous Festivals in 2009 and 2010, and in 2007 received the Mayor of Winnipeg’s Making a Mark Award, sponsored by the Winnipeg Arts Council to recognize the most promising mid-career artist in the city.

Kiwetin-Acohkos (pronounced Key-Way-tin-a-Sah-quos) is inspired by the sky over this great land. The sunrises and sunsets, the moon, stars, clouds, and northern lights speak to us through the seasons of our lives. I’ve always felt that there is something spiritual about our northern landscape and environment.