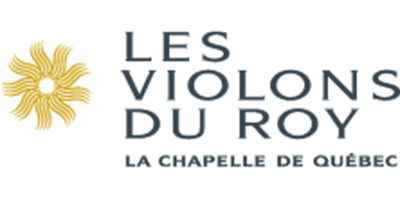 Les Violons du Roy, which has a core membership of 15 players, was brought together in 1984 by Bernard Labadie and specializes in the vast repertoire of music for chamber orchestra. The ensemble plays works from the Baroque and Classical periods with an approach strongly influenced by current research into performance practice in the 17th and 18th centuries. The orchestra also regularly delves into the repertoire of the 19th and 20th centuries. Les Violons du Roy is at the heart of the music scene in Quebec City and is known throughout North America thanks to the many broadcasts of its concerts and recordings on CBC, Radio-Canada, and the American network NPR. The ensemble makes regular visits to New York City, Chicago, and Los Angeles and has performed dozens of times in Europe at such legendary venues as the Concertgebouw in Amsterdam and the Berlin Philharmonie. 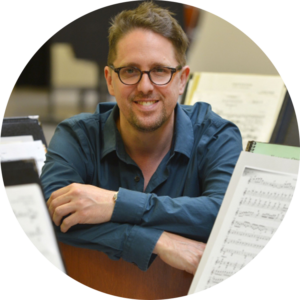 Yannick Plamondon’s musical compositions demonstrate a keen interest in colour, a virtuosic whirl of ideas, and the artful arrangement of sounds. Self-taught and hailing from the world of alternative rock, he studied composition at the Conservatoire de musique de Québec and the Conservatoire de musique de Montréal (graduating with honours). His works are performed and broadcast in many countries. Yannick has been a contributor to the daily newspaper Le Soleil and to the radio arm of Radio-Canada, and, since 2008, he has taught the composition and contemporary chamber music course at the Conservatoire de musique de Québec. An enthusiastic collaborator, he worked side by side in 2007 with Yannick Nézet-Séguin and singer-songwriter Pierre Lapointe as co-orchestrator of the symphonic version of La forêt des mal-aimés at Montreal’s FrancoFolies festival. He also co-wrote the music for Conte crépusculaire by Pierre Lapointe and visual artist David Altmejd for the UQAM Gallery of Contemporary Art.

Yannick has received a number of awards for his work, including Radio-Canada’s Young Composers Award, the Prix Québec-Flandre, the Canada Council for the Arts’s Jules Léger Prize, and the 2014 Arts and Culture Award of Excellence for Work of the Year given by the Conseil des arts et des lettres du Québec (CALQ).

Since 2014, it has been known that, over the last 30 years, approximately 1,860 Aboriginal women have disappeared or been murdered. On December 8, 2015, the new federal government decided to launch a consultation with the families and relatives of Aboriginal women before defining the mandate of a commission to “shed light” on these cases. Since then, the commissioners systematically cross the territory and gather testimonies from families and friends of the disappeared.

When you think about it, we hear their cries and branches cracking in the hurried step of a blind and desperate race. Noise—which I know a lot about—is a musician’s business; there is also the empathy and the emotions that follow, distant and deferred but so intense when they approach…

Wīhtikōw: is a mythical monstrosity resulting from anthropophagy; according to other declensions, it would be a place from which one never exits, a river whose meanders do not end, in short, a kind of “hell” in the culture of First Nations (refer to Robert Morin’s film, Windigo, 1994); paraphrases the spectral imprint (as a kind of x-ray) of a woman’s cry stretched for two minutes.