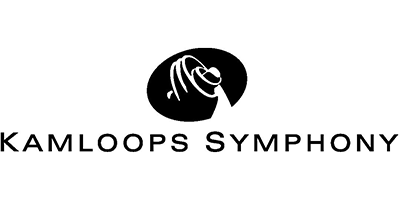 The Kamloops Symphony is the primary professional music organization in the Thompson/Nicola Regional District of South-Central British Columbia. Performances by the Kamloops Symphony include widely varied repertoire from all periods, with both masterworks and pops programming. Canadian instrumental and vocal soloists include those from within the orchestra, throughout BC, and across Canada. Emerging artists are frequently featured. In addition to monthly performances from September to May in Kamloops, a three-concert run-out series is presented in the nearby community of Salmon Arm.

An important part of the society’s mandate is to provide educational opportunities. The Kamloops Symphony Music School has been helping to educate the next generation of musicians since 2002. Many students from the school are currently enrolled in post-secondary music programs or have completed music degrees and established professional careers.

Bruce Dunn, Music Director, and Kathy Humphreys, Executive Director, have provided the artistic and administrative leadership for the Society through more than 25 years of growth and development. In 2016, the Kamloops Symphony celebrates its 40th anniversary. 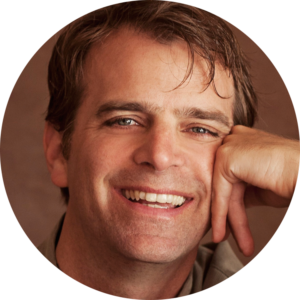 Former rock drummer, jazz pianist, and street performer (vibraphone/voice) Tobin Stokes studied percussion at the University of Victoria, Canada. After a few years of traveling and performing, he settled into freelance composing.

He has written music for the XV Commonwealth Games, the 2010 Olympics, and has been composer-in-residence with the Victoria Symphony (Canada), International Choral Kathaumixw Festival (Canada), Urban Youth Choir Festival (Sweden), and the Pacific Region International Music Academy (Canada). His choir music has been performed around the world and he has scored several documentary films for the BBC, Eden Channel, CBC, and ABC (Australia).

His opera, Pauline, a collaboration with author Margaret Atwood, premièred in Vancouver in 2014. He was commissioned by the Annenberg Foundation/Explore.org and City Opera Vancouver for his opera Fallujah, with libretto by American/Iraqi playwright Heather Raffo. Fallujah premièred with Long Beach Opera in March 2016, and has its east coast première with New York City Opera in November 2016.

Tobin lives with his family in Victoria, British Columbia, and is involved in a number of new opera and theatre projects as composer or composer/librettist. He loves cycling, gardening, and paddle boarding.

Just Keep Paddling is a fun, upbeat trip on Canada’s rivers, lakes, and ocean coastlines. At the beginning, you’ll hear the waters ripple away as a canoe is plunked in the water, and from there, a simple theme takes us on an adventure. This theme came to me while paddling across Victoria’s inner harbour, where you need to be quick to dodge the ferries and floatplanes. (You may catch some of the whimsy, folly, and fear I’ve experienced there!) From paddleboarding to whitewater kayaking to birch-bark and cedar canoe trips long ago, when the going gets rough, the old saying goes, “just keep paddling”.