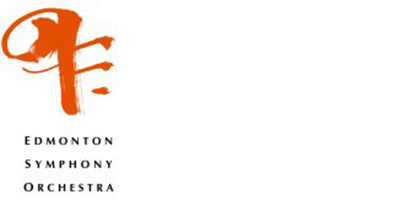 There has been an orchestra in Edmonton, Alberta’s creative capital, dating back almost to its establishment as a city. While 1920 saw the first performance of a community ensemble under the name Edmonton Symphony Orchestra, it was the vision and guidance of a dedicated group of citizens that established the current ESO in 1952.

The ESO’s artistic mission is to share the highest quality of live orchestral performance with the broadest possible spectrum of the community, and over the last 65 years, the ESO has taken its place as one of Canada’s foremost orchestral ensembles. Most of the orchestra’s musicians also nurture young musicians as teachers. The orchestra performs throughout Alberta and in Canada’s northern territories. In 1959, the ESO became the first orchestra to ever perform in the Northwest Territories. The 1994 “Northern Lights” tour took the orchestra to Yellowknife, Whitehorse, and Inuvik. In 1996, the orchestra became the first to play on a Canadian First Nations reserve. On May 8, 2012, the ESO made its Carnegie Hall début, its first performance outside of Canada.

The ESO’s commitment to the enrichment, enlightenment, and entertainment of Edmontonians for over three generations is both the orchestra’s proudest legacy and continuing destiny. 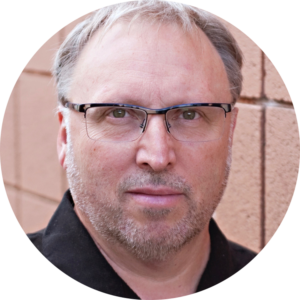 John McPherson has been a multi-faceted professional musician for over 40 years who is increasingly making his mark as a notable Canadian composer. Commissions and grants have been received from the Edmonton Symphony Orchestra (ESO), Toronto Symphony Orchestra, Edmonton Recital Society, Alberta Foundation for the Arts, Grande Prairie Regional College, and the Debut, Wild Rose, and Beau String Quartets. His works have been performed by the ESO, Festival City Pops Orchestra, Mark Fewer, Bill Eddins, Robert Uchida, Hammerhead Consort, Take 3, Windrose Trio, NOWage Orchestra, Beau Quartet, XIA Quartet, and Basstiality. Many of these performances were recorded and broadcast on programs such as Arts National, Two New Hours, and Alberta in Concert.

A native of Edmonton, John was a student of composer and trombonist Malcolm Forsyth. He has been Principal Trombone of the Edmonton Symphony Orchestra since 1980, having previously played with the Toronto Symphony Orchestra, Hamilton Philharmonic Orchestra, Kitchener-Waterloo Symphony, National Ballet of Canada, and Canadian Chamber Ensemble.

Active as an educator, John recently co-created an outreach project for students in Fort McMurray and is the low brass instructor at the University of Alberta’s Department of Music.

In Excelsis Gloria (after the Huron Carol)

When asked to compose a “Christmas-inspired” Sesquie for Canada’s 150th, it certainly seemed appropriate to be influenced by the powerful and deeply resonant “Huron Carol”. In writing this piece, I used fragments of the melody and created musical images inspired by the text of this ubiquitous part of the Canadian psyche.

The “Huron Carol” speaks to us of the land and peoples before colonization and of a pure spirituality that seeks a common language. The melody has a compelling dramatic flow that is as simple as it is moving. And “Glory in the Highest” (In excelsis gloria) is a universal message of opening up to the light, love, beauty, and grace of our world, and exalting in that which sustains, nurtures, and connects all peoples and all life.