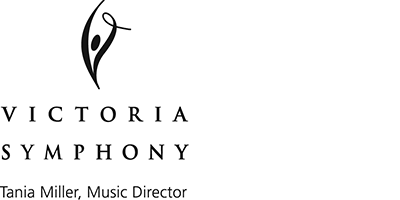 For over 75 years, the Victoria Symphony (VS) has delighted audiences of all ages with orchestra music. From classical repertoire to pops to concerts for kids, opera, and ballet, the orchestra performs a variety of concerts on Vancouver Island. The mission of the VS is to enrich lives through the shared experience of extraordinary music. The chance to engage audiences, create drama, and stir emotions through live music is our passion. During an average season, VS musicians will take the stage or the orchestra pit over 100 times!

The Victoria Symphony is also about people and community. In any given season the VS performs for an astounding 125,000 people. We delight over 12,000 children though our Concerts for Kids series and education and outreach programs. We help define the musical tastes of and provide life-changing experiences for young adults by sharing our stage with aspiring young performers, offering discounted ticket prices, and performing for middle and high school students. Finally, we inspire adults of all ages by creating concert experiences that move them and enrich their lives. 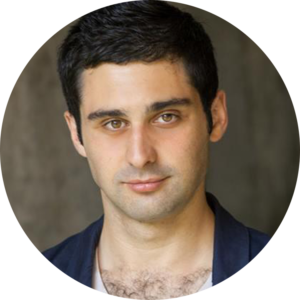 Current home: New York, US and Victoria, BC

Canadian-American composer Jared Miller’s music has been described as “playful” (The New York Times), “phantasmagorical” (Lucid Culture), and “highly personal” (CBC Radio.) He has worked with many ensembles in North America and internationally, including the Toronto Symphony Orchestra, Kitchener-Waterloo Symphony, The Juilliard Orchestra, and the Attacca Quartet. His orchestral work, 2010 Traffic Jam, was commissioned by the Vancouver Symphony Orchestra for the 2010 Olympics and has since been performed over two dozen times. Recently, Jared’s orchestral work, Contrasted Perspectives, was selected from over 400 scores to be publicly work-shopped in June 2014 by the American Composers Orchestra as a part of the New York Philharmonic’s Biennial. He has won numerous awards for composition that include an ASCAP Morton Gould Award, The Juilliard Orchestra’s Composition Competition, and two SOCAN Awards for Young Composers. Other commissions include works for the Victoria Symphony, the New York City Ballet’s Choreographic Institute, Latitude 49, the Emily Carr String Quartet, Standing Wave Ensemble, and the Banff Centre.

Miller is currently completing his doctorate at The Juilliard School where he studies with John Corigliano. He is also the Composer-in-Residence for the Victoria Symphony in Canada and currently shares his time between New York and Victoria.

When I was asked to write this piece to celebrate Canada’s 150th birthday, it was specified that the piece be inspired by some aspect of Canada. So, I took a walk in the park near my apartment to brainstorm ideas. While I walked, I listed everything I could think of that makes Canada great…and I kept getting distracted by the sounds of kids nearby playing basketball. Then, a flashback from fourth-grade gym class…basketball was invented by Canadian physician James Naismith! The resulting piece, Buzzer Beater, fuses a variety of music and real basketball sounds to depict the excitement of a game in its final two minutes, as one team tries to score the winning basket. Will they succeed, before the clock runs out?