Founded in 1919, the Vancouver Symphony Orchestra (VSO) is the largest performing arts organization west of Ontario and the third largest symphony orchestra in the country. The VSO performs to an annual audience of over 250,000 people and features more than 50 celebrated guest artists and over 150 concerts annually. 2016/17 marks the organization’s 98th season.

Music Director Maestro Bramwell Tovey is acknowledged around the world for his artistic depth and his charismatic personality on the podium. Tovey’s career as a conductor is uniquely enhanced by his work as a composer and pianist, lending him a remarkable musical perspective. Maestro Tovey and the VSO won both GRAMMY® and JUNO Awards in 2008 for its recording of concertos of Walton, Korngold, and Barber, performed with violinist James Ehnes. In 2011, the VSO was nominated for a JUNO Award for its recording of the two Chopin piano concertos with pianist Janina Fialkowska.

The VSO also maintains extensive education and community programs experienced by over 50,000 children each year. In 2011, it opened the VSO School of Music in downtown Vancouver, and since 2015 has also staged the Vancouver Symphony Orchestral Institute at Whistler (VSOIW), a world-class summer music program involving 90 emerging, professional musicians from all around the world. 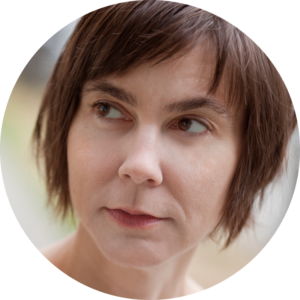 JUNO-nominated composer Jocelyn Morlock is one of Canada’s most distinctive voices. She began her term as the Vancouver Symphony Orchestra’s Composer-in-Residence on September 1, 2014, having just completed a term as inaugural Composer-in-Residence for Vancouver’s Music on Main. “A lyrical wonder, exquisite writing” with “an acute feeling for sonority” and an approach that is “deftly idiomatic” (Vancouver Sun), Morlock’s music has received numerous accolades, including: Top 10 at the 2002 International Rostrum of Composers; winner of the 2003 CMC Prairie Region Emerging Composers competition; winner of the Mayor’s Arts Awards Emerging Artist (2008); and a JUNO nomination for Classical Composition of the Year in 2011. Her first full-length CD release, Cobalt, was nominated for three Western Canadian Music Awards and won Classical Composition of the Year in 2015.

Highlights of recent premières include My Name is Amanda Todd for the National Arts Centre’s multimedia production, Life Reflected; Earthfall for the Vancouver Symphony Orchestra; Big Raven for the Emily Carr String Quartet’s 10th anniversary year; Ornithomancy, a concerto for flutist Paolo Bortolussi and the Vancouver Island Symphony; Aeromancy, a double concerto for cellists Yegor Dyachkov and Yuri Hooker with the Manitoba Chamber Orchestra at Paul Marleyn’s International Cello Festival of Canada; and Three Meditations on Light for the Couloir duo.

Hullabaloo - A Fanfare for the Sesquicentennial

Hullabaloo, a fanfare for Canada’s Sesquicentennial was written just before November 8, 2016, which tells you quite a lot about it. This is a time when I feel particularly glad to be Canadian, yet very wary of what is to come. I can’t help but wonder how much longer we’ll get to be the lucky ones. Incidentally, the word “hullabaloo” is formed in part from the Scots’ term “baloo”, which means lullaby. Somehow, the word for a song that gently lulls a child to sleep has morphed into a word for commotion and uproar, although it may also (hopefully) indicate a noisy celebration.