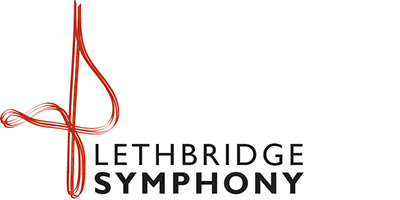 Residents of Southern Alberta are justly proud of the Lethbridge Symphony, a true community orchestra that combines the talents of many of this area’s finest musicians.

Founded in 1960, and incorporated as a charitable non-profit organization in 1961, our first half-century of music was created by local artists who played on a volunteer basis. They gave freely of their time and talents so that audiences might share with them the joys of symphonic music. A resident music director was hired in 1978, and our resident professional quartet was founded in 1982.

Today, the Lethbridge Symphony is still formed from a broad cross-section of the community. In addition to many skilled amateur players, the orchestra is composed of outstanding local professionals as well as talented students. Occasionally, a few professional players are brought in to fill positions that cannot be filled locally. This unique mix of musicians combines to form the highly successful Lethbridge Symphony.

We create and promote a first class orchestra producing memorable musical experiences for audiences of all ages. Among these are a dozen large events annually, including the Symphony Series, featuring the full orchestra, and Symphony Extras that feature small ensembles from the Orchestra, as well as our ever-popular Kids Choir event, Golf Tournament, and Love Notes. 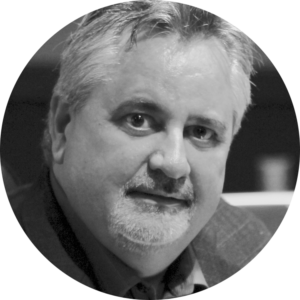 Rolf Boon is an Associate Composer of the Canadian Music Centre, Member of the Canadian League of Composers, Audio Engineering Society, and New Music Edmonton. His electronic and acoustic works continue to receive national and international exposure including recent performances and/or broadcasts in Vancouver, Toronto, Kraków, Athens, Barcelona, Berlin, Los Angeles, Sydney, and Beijing. Furthermore, his work has had repeat broadcasts on CJSR Edmonton, CKUA Access Radio, and CBC radio/television.

He has received commissions and grants from the Canada Council for the Arts, Canadian Music Centre, University of Lethbridge, individuals, and multimedia groups. He is a recipient of the ACIFA Alberta Provincial Teaching Excellence Award and British Columbia Senior Arts Award.

In addition to his composing and teaching film composition and music technology, Rolf worked as music editor on several films and documentaries for the CBC, Disney, Expo ’86, Lauron Production, and independents. He has served as a jurist for the Canadian Academy of Recording Arts and Sciences JUNO Awards. Rolf is the past-Chair of the Music Department at the University of Lethbridge during which time he led the development and implementation of the Digital Audio Arts program.

Hyacinth Caelum illustrates Lethbridge’s geography and cultural heritage. The work’s title is a reference to the blue skies that typically adorn the city’s prairie environment. The piece opens with a quiet horn section, whose glowing timbre evokes the warm rays of the sun, rising over the coulees. By the end of the work, the sun has fully risen—its progress is signified by a continuous orchestral crescendo taking place over the entire fanfare’s duration. In reverence of Lethbridge’s rich cultural heritage, the piece features percussion that evokes the Japanese Taiko tradition.